A function is a relation between a set of inputs and a set of outputs, such that each input is related to exactly one output. A function f, relates an input x to an output f(x).

The Merriam-Webster dictionary defines a function as "a mathematical correspondence that assigns exactly one element of one set to each element of the same or another set".

A Real Example of a Function

It is easier to understand functions with an example.

The function f(x) = x + 1 takes each input and adds 1 to it. The mapping diagram below shows this function. 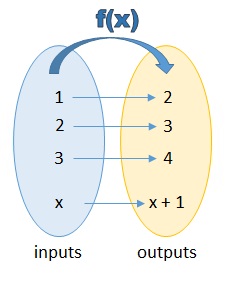 Let us look at the function in function notation: 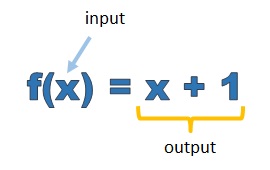 Properties of a Function

Let us take a closer look at the definition of a function:
A function is a relation between a set of inputs and a set of outputs, such that each input is related to exactly one output.

Function can be plotted on graphs. Functions relate an input x to an output f(x). We can plot these pairs of inputs and outputs as Cartesian coordinates, (x, f(x)). 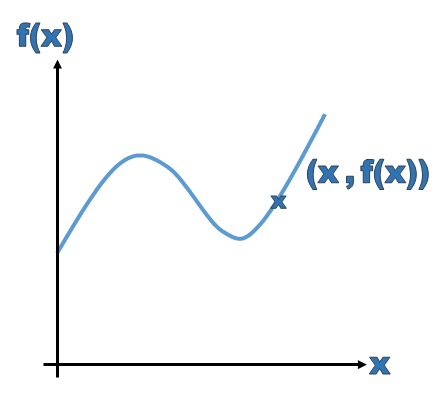 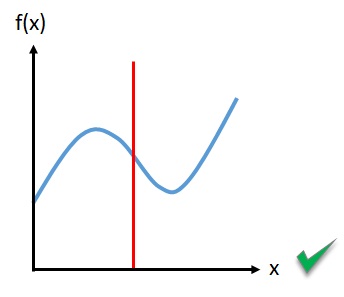 The curve below does not pass the vertical line test. A vertical line can be drawn which crosses the curve twice. It is not a function: 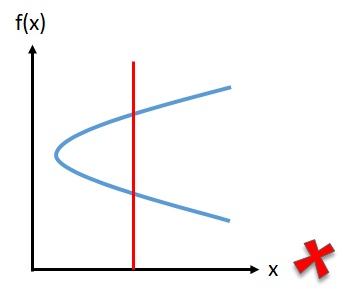 The slider below explains more about functions. Open the slider in a new tab
Help Us To Improve Mathematics Monster
Please tell us using this form