Two radii of a circle form the two equal sides of an isosceles triangle. 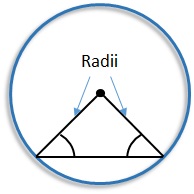 Note: Radii is the plural of radius.

Why Do Two Radii Make an Isosceles Triangle?

A radius is the line segment from the center of the circle to any point on the circle. The length of this line is also called the radius. 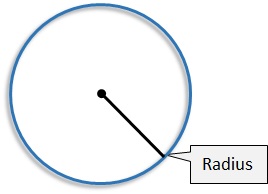 A circle is a set of points that are all the same distance from the center. The radius is the same wherever in the circle it is drawn. 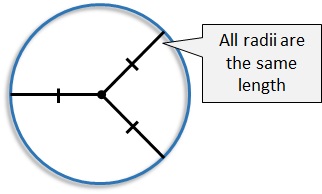 Two radii will be of equal length. 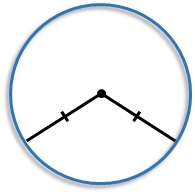 A triangle can be drawn by joining the ends of the two radii together. 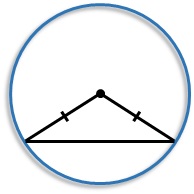 Two sides of this triangle are the radii of the circle and the same lengths. A triangle with two equal sides is an isosceles triangle.

The slider below shows a real example which uses the circle theorem that two radii make an isosceles triangle. Open the slider in a new tab

What Is a Circle?

A circle is a shape containing a set of points that are all the same distance from a given point, its center.

What Is an Isosceles Triangle?

An isosceles triangle is a triangle with two equal sides and two equal angles across from them. 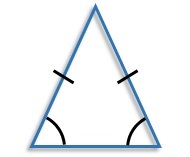 Interior Angles of an Isosceles Triangle 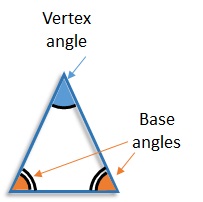 The interior angles of any triangle always add up to 180°. The two base angles are equal. This means that:
Vertex angle = 180° − 2 × Base angle Base angle = (180° − Vertex angle) ÷ 2
Help Us To Improve Mathematics Monster
Please tell us using this form