A right triangle (or a right-angled triangle) is a triangle containing an angle of 90° (called a right angle). 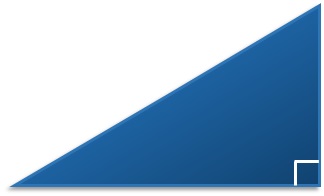 The Oxford English Dictionary defines a right triangle as "a triangle containing a right angle."

The Parts of a Right Triangle

The Other Angles in a Right Triangle

The right triangle is one of the most useful triangles in mathematics. It is used for Pythagoras' theorem and in trigonometry. The slider below gives more information about the uses of a right triangle. Open the slider in a new tab
Help Us To Improve Mathematics Monster
Please tell us using this form

interactive widget) Learn more about the sine function in trigonometry (

interactive widget) Learn more about the cosine function in trigonometry (