What Is an Obtuse Angle?

Here are three randomly selected questions from a larger exercise, which can be edited and sent via e-mail to students or printed to create exercise worksheets.

What Is an Obtuse Angle? (The Lesson) 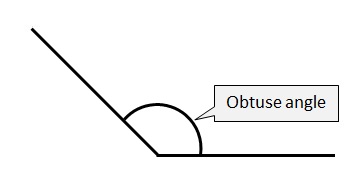 An obtuse angle is greater than a right angle and less than a straight line.

The Oxford English Dictionary defines an obtuse angle as "a plane angle: greater than 90 degrees and less than 180 degrees."

The angles below are all obtuse angles: 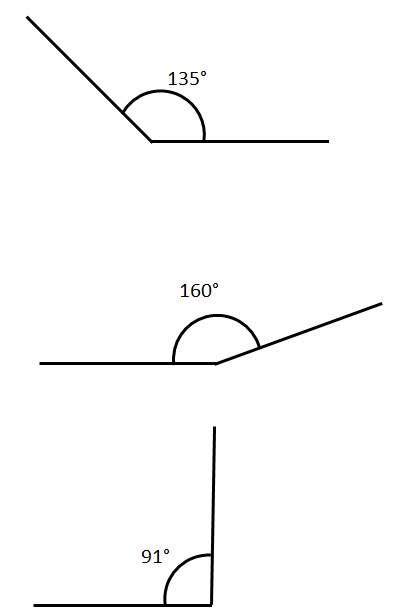 Here is an interactive widget to help you learn about the types of angles.

Definition 11: "An obtuse angle is an angle greater than a right angle".