A circle is a shape containing a set of points that are all the same distance from its centre. 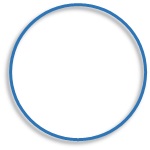 Parts of a Circle

The most important lengths in a circle are the radius, the diameter and the circumference. 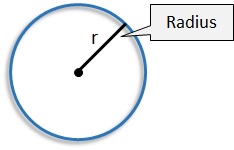 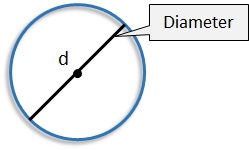 The diameter is twice the length of the radius. d = 2r 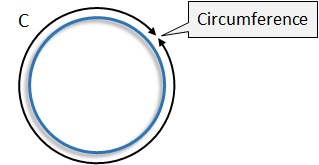 The circumference is π × the length of the diameter. C = πd.

Other Parts of a Circle

A chord is a line whose endpoints lie on the circle. 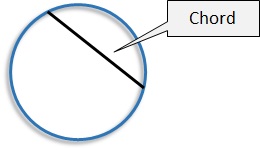 Note: The diameter is the chord that contains the centre.

An arc is a portion of the circle. 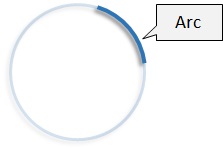 A tangent is a line that touches the circle at one point. 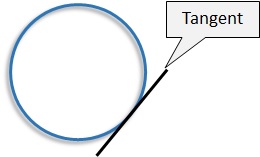 A sector is a region bounded by two radii and the arc lying between the radii. A sector looks like a slice of cake.

A segment is a region, not containing the centre, bounded by a chord and an arc lying between the chord's endpoints. 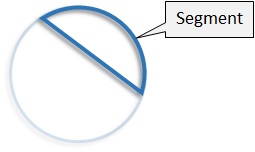 Circumference of a Circle

The circumference of a circle is found using the formula: 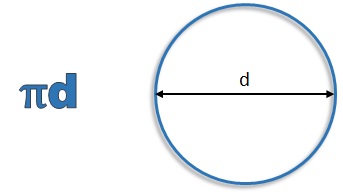 In the formula, π (pi) ≈ 3.14 and d is the diameter of the circle. The image above shows what we mean by the diameter.
Read more about how to find the circumference of a circle

Area of a Circle

The area of a circle is found using the formula: 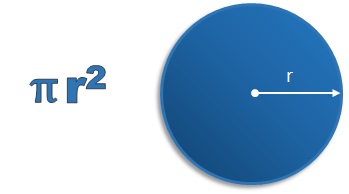 In the formula, r is the radius of the circle. The image above shows what we mean by the radius.
Read more about how to find the area of a circle

Equation of a Circle

The equation of a circle is: 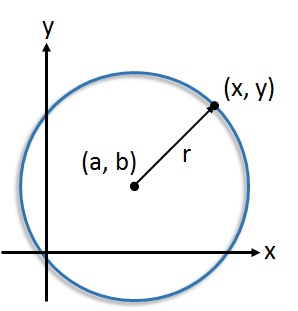 Read more about the equation of a circle

There are several theorems about circle geometry. 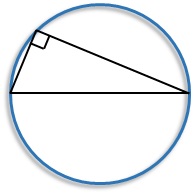 Here is an interactive widget to help you learn about circles.

The circle has the special property that all points on it are the same distance from the circle's centre. This makes it easy to draw a circle - just keep the pencil the same length from the center. Push a pin into a piece of paper. Attach a pencil to the pin by a length of string. Keeping the string taut, draw around in a circle. 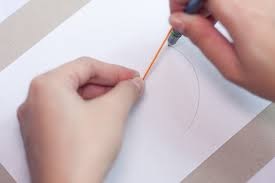 A compass is often used to draw a circle. It keeps the pencil a fixed distance from a point. This distance can be adjusted to draw circles with a different radius. 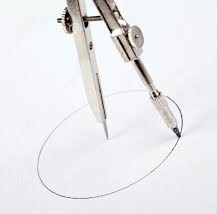 What Is a Circle Exactly? 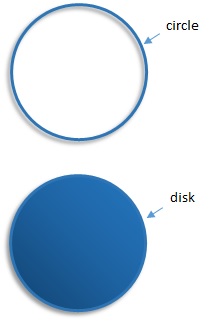 A circle is found by slicing through a cone parallel to the base: 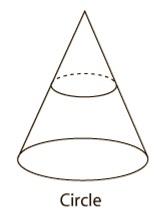 Other shapes, such as ellipses, parabolas and hyperbolas can also be found by slicing through a cone. 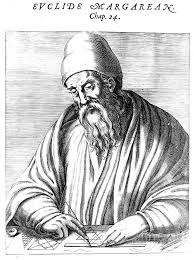 Definition 15: "A circle is a plane figure contained by one line such that all the straight lines falling upon it from one point among those lying within the figure equal one another." Definition 16: "And the point is called the center of the circle."
Help Us To Improve Mathematics Monster
Please tell us using this form